Air Control Towers (ATC) are well-recognized symbols of air safety and milestones of modern architecture. Built in different styles for different airports, they are hard not to ignore as your plane gets taxied out for departure. Many control towers can be seen on postcards and some even become a landmark – so today we are going to see some of the most unique examples around the world. 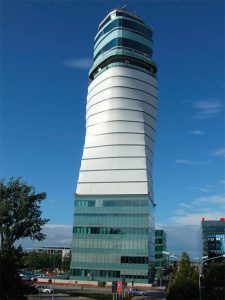 This airport control tower at Vienna International Airport in Austria may look like it’s leaning over, but it is only an illusion from a certain angle. It is the highest control tower in Europe and at 110 meters, is the third–highest ATC (Air Control Tower) in the world. 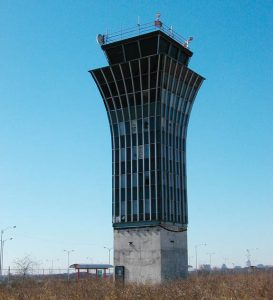 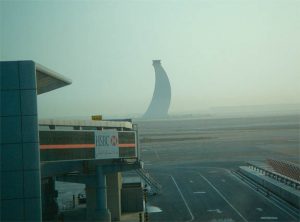 The Abu Dhabi Airport Control Tower, which stands 110 meters tall, appears to be looming in the fog with its half-crescent looking feature and surprising scimitar profile. 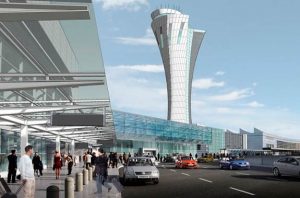 The control tower at San Francisco International Airport which was under construction until 2016, features the all-glass “crown” at the top, capable of pulling back for an unobstructed view. It is designed to withstand magnitude 8 earthquakes and the possibility of very high winds. 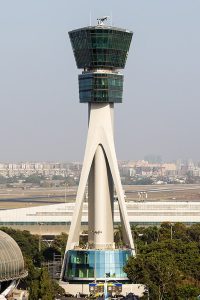 The Mumbai International Airport control tower has become an iconic building as it’s hard to overlook its 84m height and angular and aesthetical design. 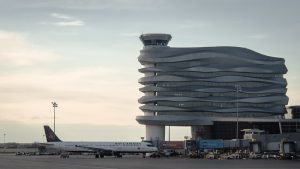 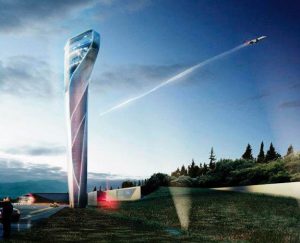 Probably one of the most impressive of all air control towers we’ve found is the King David the Builder Airport in Kutaisi, Georgia. 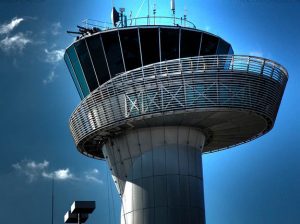 The Bordeaux Merignac Airport tower shown above has a classic shape with a twist, adding certain visual interest. 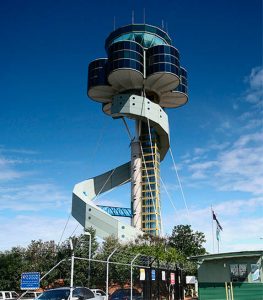 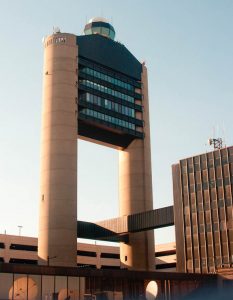 This distinctively shaped airport control tower at Logan International Airport in Boston, adds lots of functional space and has become a local landmark in East Boston. 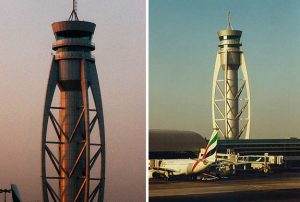 There’s no doubt that you’ve already seen the strangely-shaped tower at Abu Dhabi Airport earlier in the article. Not to be outdone, the Dubai International Airport (DBX) sports another unique tower shape, as well as the largest airport terminal in the world: Terminal 3, which is also the second–largest building in the world by floor space. 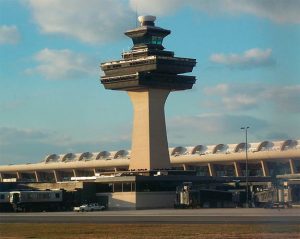 This old control tower (now replaced by a newer structure) is a timeless classic, designed by Eero Saarinen (who also created the gorgeous TWA terminal at JFK Airport). 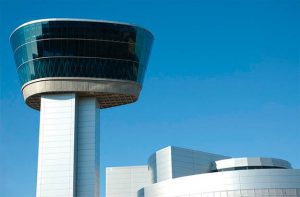 Also at Dulles Airport is the Donald D. Engen Observation Tower, providing a 360–degree view to all who wants to view planes arriving and departing (which is a great pastime, we have to admit). 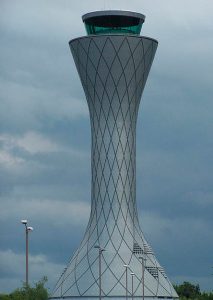 A great example of industrial architecture is this helix-shaped airport control tower at Edinburgh airport. This tower is 60 meters tall and is clad in very functional zinc tiles, patterned with drainage channels. 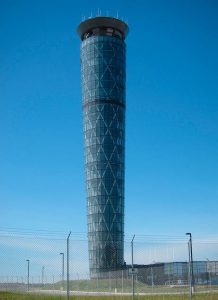 Dayton’s International airport tower is indeed futuristic. Some even call it “Space Control”, not without reason – we’ve seen some science fiction art with similar shapes at spaceports.

One of the Tallest in the World: JFK International Airport Tower, New York 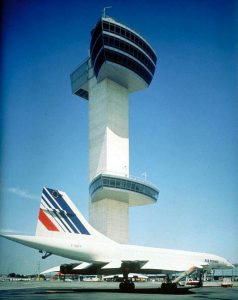 Designed by Henry N. Cobb and completed in 1992, JFK International Airport Tower stands at 320 ft (97 meters) tall and is one of the tallest in the world, dwarfing airplanes and providing great functional capabilities to ground air control. 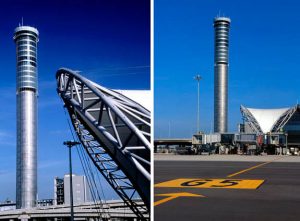 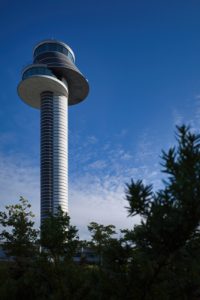 An unusual airport tower that stood out to us at PJC was this funky air control tower at Stockholm International Airport. 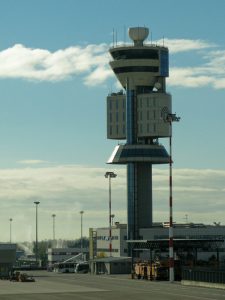 Milan’s Malpensa Airport tower is known for its luxurious setting and unique combination of shapes that make up the tower. 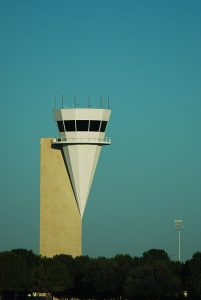 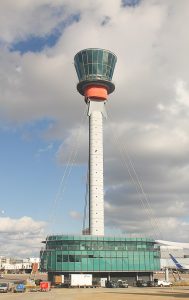 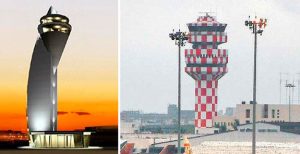 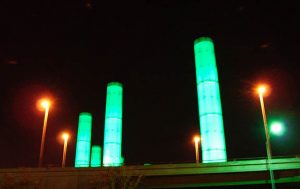 These are not just any ordinary air traffic control towers, but a neat addition to Los Angeles Airport Gateway. There are fifteen 110 foot decorative towers that mark the entrance to the airport. 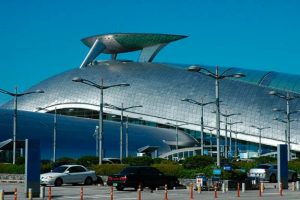 This neat tear-shaped structure on top of the Incheon International Airport traffic center in South Korea is not a futuristic location for air traffic control. It functions more as an architectural afterthought but certainly has become a landmark.

If this blog post has inspired your travels around the world, why not experience the luxury of your own private jet hire and get an instant quote from us today.

Article written by Avi Abrams, of Dark Roasted Blend – a popular website, covering all sorts of weird and wonderful things.